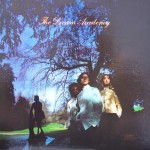 The Sleeve: The Liner/Sleeve Notes: None. Personal Review:  So, originally when I was given this LP, I was under the impression I had no idea who this band was, or any of their work. Upon listening, I knew that I had heard the first track before.  The album opens with “Life in a Northern Town”... Read More » 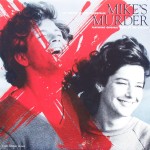 The Sleeve: The Liner/Sleeve Notes: None. Personal Review:  To be fair, I’ve never heard of this movie. I had originally mistook Debra Winger for JoBeth Williams and decided to buy it, only to discover later it wasn’t JoBeth – anyways, the movie actually looks pretty good.  So, the album opens with the song “Cosmopolitan” and... Read More »

Style Council – “The Cost of Loving”

The Sleeve: The Liner/Sleeve Notes: None. Personal Review:  When I saw this album at the thrift store, I kinda had to buy it due to the fact it’s Paul Weller AFTER the Jam, and I’ve only heard a couple of the Style Council’s songs, but I did like what I heard, and I loved the... Read More »

The Sleeve: The Gatefold: The Liner/Sleeve Notes: None. Personal Review: So, this was Phil’s first solo album, with the track that made him super well known as a solo artists, “In the Air Tonight” The album opens with the song “In the Air Tonight” – which is everyones favorite Phil song, and it has been... Read More »