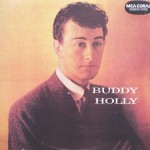 The Sleeve: The Liner/Sleeve Notes:  “Buddy Holly’s professional career lasted a little over eighteen months, yet during that time he recorded some of the most memorable music to come from the rock ‘n’ roll era.  Although Buddy recorded in 1956 for American Decca, it was not until he became associated with Norman Petty in 1957... Read More »

Eddy Arnold – “A Little on the Lonely Side”

The Sleeve: The Liner/Sleeve Notes:  “There are a few voices in each generation born to make the sounds of love… to sing the words and tones of ecstasy and heartbreak. Such voices are not mere vocal cords. They are a composite of laughter and tears, the trials and triumphs experienced by the owner of that... Read More »

The Louvin Brothers – “Satan is Real” 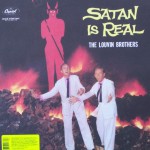 The Sleeve: The Gatefold: The Cover Blurb: “Inspiring generations with some of the finest harmonies ever recorded, The Louvin Brothers’ 1959 classic Satan is Real features Ira and Charlie singing high lonesome country, angelic melodies, and dark Southern gospel. Includes “The Christian Life” as covered by the Byrds & Gram Parsons on their seminal 1968... Read More » 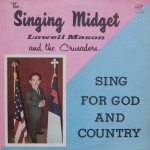 The Sleeve: The Liner/Sleeve Notes: “LOWELL MASON, The Singing Midget, first began his musical career singing in the church where his father was a minister. Since that beginning in 1944 Lowell Mason has traveled and sung in nearly every state as well as in Canada. Because of his unique size, winning personality and singing ability,... Read More »